The Most Powerful Stun Gun 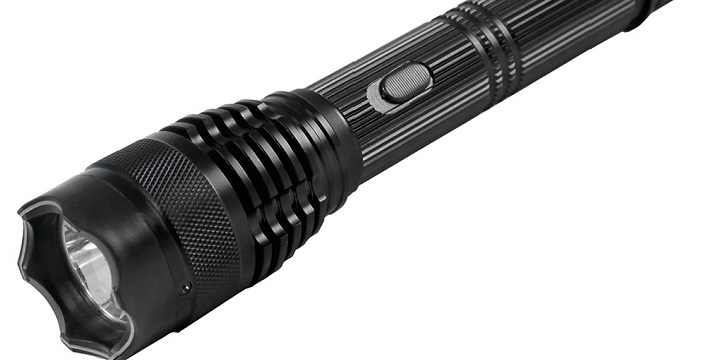 Provision of personal security is one of the most important tasks at all times.  Metal entry doors, window security bars, surveillance cameras, and security alarms are installed for personal protection and peace of mind of loved ones. There are even more dangers outside of your house:  little-known neighborhoods, poorly-lit streets, travel to strange cities. All of the above dangers are associated with the risks to your life and health.  It is really important to take care of your personal security.  Out of a wide array of self-defense weapons available at present, we urge you to choose the most powerful stun guns.

The stun gun is a reliable and efficient self-defense tool that can protect you both from the adversary and vicious animals.  The high voltage discharge paralyzes the source of danger, giving the victim time to escape the crime scene. So why do you have to choose the most powerful stun gun? Why is the power of an electric discharge so important?  The truth is that the stun gun power determines the impact on the assailant.  So it takes less time for the most powerful and popular stun gun to paralyze the assailant under the same length of impact in comparison to a less powerful stun gun. It takes the most powerful stun gun mere seconds to bring down the attacker.  When your life is threatened, every second counts, therefore, the stun gun power can be named as one of the most important specs of these self-defense weapons.

It should be noted that law-enforcement officers also prefer to use the most powerful stun guns.  The highly effective police stun guns allow withstanding the attack of several people at the same time.  The stun gun effects last much longer in case of high power stun gun use.  When the criminal is unconscious, he does not present any threat to society and a police officer has ample time to call for back up and can await his colleagues’ arrival comfortably.

In addition to all other benefits the most powerful stun guns can go thru the thickest clothes on the attacker.  So even if the attacker wears a fluffy down jacket and a knitted sweater, the electric discharge will strike him anyway.

A wide assortment of the most powerful stun gun models from leading manufacturers is presented at ZigZagMart.  High assembly quality, impact-resistant bodies, and compact dimensions differentiate these self-defense weapons for sale.  It is worth mentioning that some of our personal protection products are disguised. For example, our stun gun models looking like cell phones can catch the attacker by surprise. All of our powerful stun guns are equipped with blinding flashlights which disorient the attacker.

All self-defense weapon orders placed on ZigZagMart before 4 pm EST are shipped the same day! If for any reason you are not satisfied with your purchase within 60 days you can return it.
Comments: 0