Some Stun Guns Have Cameras On Them, Surprising Many, Including Prosecutors 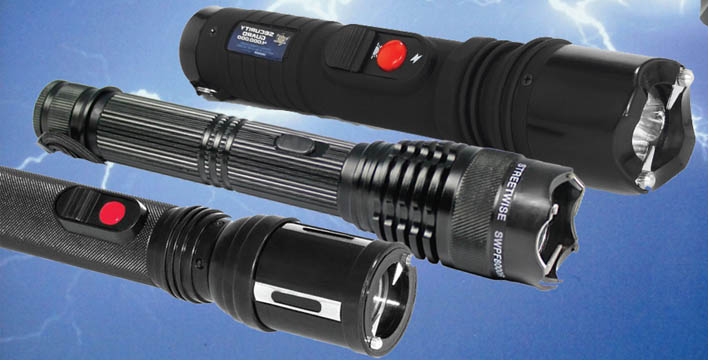 HARRISBURG, Pa. (AP) — The existence of cameras attached to stun guns was news to a Pennsylvania prosecutor who said Wednesday that a recording made by an officer's own stun gun was the strongest evidence used to charge her this week with homicide for a man's shooting death in February.

"I did not know until this case occurred" that some stun guns include cameras, Dauphin County District Attorney Ed Marsico said. "Many of us in law enforcement did not know."

Footage from police vehicle dashboard cameras has long been broadcast on television and posted online, and there has been much debate about the use of body cameras for police since the fatal shooting last year of 18-year-old Michael Brown in Ferguson, Missouri.

Taser International Inc., which has sold some 800,000 stun guns, nearly all to police and military agencies, said the cameras are also a popular feature on their devices, with current models able to record in high definition and color. The company has produced about 80,000 stun guns with cameras.

"When you see where that gun is pointed, it's a video accounting of the credibility as to why that police officer fired," Primeau said. When viewed with body camera and dash camera footage, he said, the images captured by a stun gun can be powerful evidence.

"We're able to view the events as they occurred without interpretation," Primeau said. "If I can walk into a courtroom with video from all of these sources, then we can recreate the events that occurred in the courtroom and let the jury make a decision."

Steve Tuttle, spokesman for Scottsdale, Arizona-based Taser International Inc., said it has been producing stun guns with cameras since 2005. A camera will add about $500 to the $1,200 cost of Taser's basic model, the X2.

Taser describes the cameras as "complete officer protection in 3.5 ounces."

The cameras become active when the device's safety is turned off and starts recording images and audio of high-pressure police encounters.

"For the most part they've been a tremendous tool to take out the doubt and uncertainty when a Taser device is deployed and what the circumstances were during an incident," Tuttle said.

He provided The Associated Press with videos from stun guns used by police in California, Florida and Kansas that showed suspects with weapons or weaponlike objects being disarmed and arrested after they were shocked. In one case, the officer who deployed his stun gun can be heard telling fellow officers, "I got it all on video right here."

Her lawyer, Brian Perry, said Mearkle purposely kept her Taser pointed at the man to document what occurred, not thinking it would be used against her. She shocked him four times before shooting him when he did not comply with her commands to show his hands, police said.

"Lisa was aware that the Taser contained a video camera, and she held the Taser trained on Mr. Kassick, knowing that the incident was being recorded," Perry said Wednesday. "That's one of the reasons she's so adamant she didn't do anything wrong. 'Why would I want it recorded if I thought I did something wrong?'"

In the affidavit used to charge Mearkle, investigators said they reviewed the video many times.

"At the time Officer Mearkle fires both rounds from her pistol, the video clearly depicts Kassick lying on the snow covered lawn with his face toward the ground," they wrote. "Furthermore, at the time the rounds are fired nothing can be seen in either of Kassick's hands nor does he point or direct anything toward Officer Mearkle."

Marsico has declined to release the video, though it might be shown next month at Mearkle's preliminary hearing.