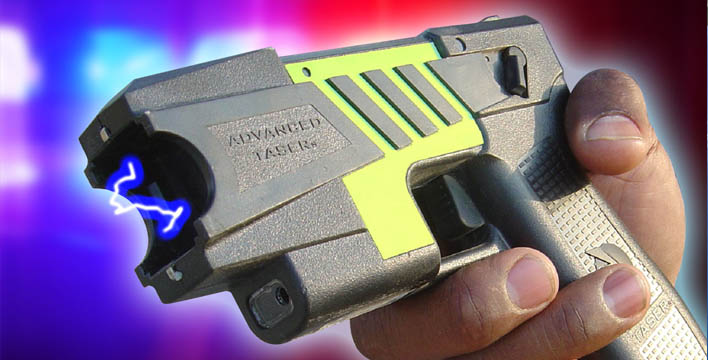 NEW YORK (AP) — With widely watched amateur videos of police killings as a backdrop, New York City police are hoping to arm more officers with stun guns as an option for subduing emotionally disturbed people and other suspects who resist arrest.

Preliminary plans call for 450 additional officers to carry the electroshock weapons while on patrol, police officials said Wednesday. The department would first have to find funding and develop more precise guidelines on which circumstance are appropriate to use the devices.

The proposal is part of a broader review of use of force at the nation's largest police department since the chokehold death of Eric Garner in July, which was caught on videotape. A grand jury decided last week not to indict any officers in Garner's death — a decision that touched off a wave of protests and made Garner's last words — "I can't breathe" — a rallying cry.

Any push for more stun guns — now accessible to supervising patrol sergeants but used sparingly — would likely renew concerns about the difficulties of assessing when to shock suspects into submission and the weapon's potential for fatal mishaps.

In 2008, a naked man on a ledge who was jabbing at police officers with a fluorescent light bulb plunged to his death after an NYPD officer shocked him with a stun gun. A lieutenant who was disciplined for his handling of the standoff later committed suicide.

Despite the devices' spotty track record, "the reality in policing today is that they are a useful alternative we have to look at," Bratton said.

Bratton's remarks came a day after a police officer shot and killed a knife-wielding man who had stabbed a rabbinical student inside a prominent Jewish center in Brooklyn. The suspect, Calvin Peters, had a history of mental illness but had stopped taking his medication, his family and police said.

The chaotic moments leading up to the shooting were captured on a cellphone video camera showing the officers who responded to the stabbing, their guns drawn, repeatedly ordering the man to drop a knife and surrender. He momentarily sets down the knife, but then picks it up and moves in their direction before a single shot rings out.

A stun gun wouldn't have been an option in the Peters shooting because it unfolded too quickly, police said. Bratton and Mayor Bill de Blasio have said the shooting appeared justified.

Whether the weapon would have been an appropriate tool in the Garner case is difficult to determine, said Dennis Kenney, a professor at John Jay College of Criminal Justice who studies use of force.

"What level of resistance is needed to justify the use of these?" Kenney said. "That's where departments have struggled."