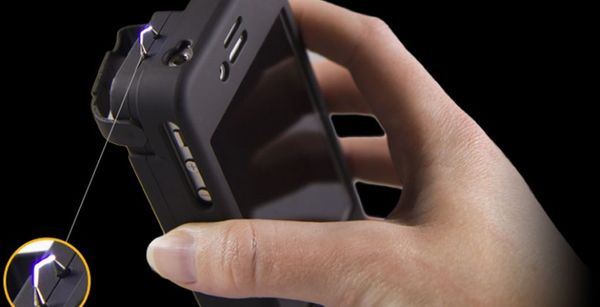 Disguised Stun Guns are considered better than other kinds of stun guns because they have optimum effect when it comes to the element of surprise. Catching the attacker unaware increases your chance of survival and escape. Here are some of the most popular stun guns available in the market today:

Although the Police Lipstick Stun Gun with flashlight looks like a simple lipstick, it is packed with power that can mess with your attacker’s nervous system, specifically your brains which sends commands and messages to your attacker’s muscles. This stun flashlight also messes with your attacker’s balance and renders him or her disoriented. Therefore, it will take your attacker a while to compose himself or herself, giving you enough time to get away. It is easily rechargeable so you do not need to spend money on buying batteries.

The Terminator Cell Phone Stun Gun looks just like an ordinary smartphone so you will totally catch your attacker off-guard. It looks nothing like a self-defense gadget and even your friends will definitely be fooled with its looks. It has a safety switch which keeps it from being accidentally activated and it has a trigger so you can make sure that it only zaps when you intend it to. In a matter of hours, you can recharge it fully so you are ready for any untoward incidences like attacks and calamities.

It looks like a chunky ring on the outside but the powerful stun ring is actually concealed in your palms. This is a popular choice among women because it simply looks like an accessory. It would not bother you because it is engineered to fit and feel comfortably in your palm. In case of emergency such as an attack, you do not have to look for it inside your purse or your bag since you can readily hold it in your hand. All you need to is to turn off the safety to activate your knuckle buster stun gun and you are ready for action.

The Terminator SGTCO-890 MV Cell Phone Stun Gun has a powerful LED flashlight which can keep you safe and alert in times of emergency as well as calamities. This can also send signals if you need to call the attention of passers-by. This cell phone stun gun is very compact so you can easily carry it with you no matter where you go. It looks like a regular smart phone so attackers do not have any idea what’s in store for them. That gives you an advantage since they are not prepared for your counter-attack.