The need to protect yourself as well as your loved ones from man-made harm is a popular desire and stun guns are popular choices among those who have such need for defense. Many people choose stun guns over firearms because of many different reasons including legalities, costs, and the harm it inflicts on the target.

When you want to defend yourself, you would like to be away from the perpetrator so that he or she will not be able to reach you. This is one of the things that make stun guns a popular choice. It instantly incapacitates your attacker with contact so even if contact is required the results are instant so you can easily run away and call for help. It is a safer choice compared to other weapons like a knife since that would require being close to the attacker without certainty that you will be safe after the contact.

Not everybody has access to a firearm. In order to carry a gun with you in most states, you would need permits and that requires tons of paperwork. You do not need any of that because it is actually legal to carry a stun gun in most states.

Also, stun guns are definitely more affordable than firearms without compromising your safety.

Aside from stun guns, another popular choice of self-defense is pepper spray. There are states where it is legal to carry a stun gun and in some places where it isn’t, people are allowed to carry pepper sprays instead.

It is also a great in-between self-defense choice while you wait for your firearm permit.

Lastly, you are safe from guilt when you use a stun gun. Unlike firearms, it does not kill your attacker. While everybody wants to be able to defend themselves in face of danger, many people are not capable of hurting and killing other people – even their attacker. Now, you do not have to worry about that because stun guns are non-lethal. It saves you from having a guilty conscience as well as repercussions from the law.

Now, it is time to check how much you know about stun guns and how it differs from a taser.

Many people confuse stun guns for tasers and vice versa. However, there is a major telling point that you need to remember:

The stun gun shocks the attacker through direct contact.

Some people would choose a taser over stun guns because they can use it to defend themselves from a distance. However, it is not as easy to own as stun guns.

In most states, tasers are illegal. In few states where it is legal, you need to complete background checks and paperwork. It is multiple times more pricey that a stun gun. Also, it is quite hard to conceal since tasers are usually bulky.

The stun gun is the opposite. It is legal in most areas, it costs a lot less, and it is very easy to conceal. The bonus is that it can give strong shock just like a taser.

What to consider when looking for the perfect stun gun

Not all stun guns are created equal and when choosing which one to buy, you need to consider some factors including your needs and preferences.

You need to decide on how strong you would like the shock of your stun gun to be. For a stun gun to be effective, you would need a stun gun with one million volts or more. Do not buy stun guns with lower voltage as they are inefficient even though they are most likely to be more affordable.

You need to check for safety features so you do not zap yourself accidentally. There are also some features to make sure that the assailant will not be able to take your stun gun from you easily.

Although safety features are important, you need to choose a stun gun that does not take a lot of steps before sending shocks to your attacker.

Portability and Ease of Concealment

Comfort and convenience should be your utmost priority so choose a stun gun that you can carry and conceal easily. It is better to go for compact stun guns and you can also take it a step further by choosing stun guns that look like something else such as a lipstick or a mobile phone. Such stun guns add element of surprise to your defense as your attacker does not know that you have a stun gun.

How to Use a Stun Gun

When you feel that there is a threat, deactivate the safety switch and be ready.

Press the stun gun’s trigger and hold its probes firmly against the assailant. It is best to go for the attacker’s torso and in specific sensitive parts of his or her body such as the neck, the underarm, the abdomen, the shoulder, or the groin. However, if you do not have the luxury of time or if the situation prevents you from choosing where to aim, then just set your stun gun off to any part of your attacker’s body that you can easily reach.

Hold your stun gun against the assailant for a few seconds, depending upon his or her body size. Usually, about three to five seconds would suffice but you might need a few more seconds if your attacker is bigger.

To master how to use your stun gun, practice. This will enable you to use it according to muscle memory and you will be confident enough so you will not fumble even when facing life threat.

Now, check out the recommended stun guns for you: 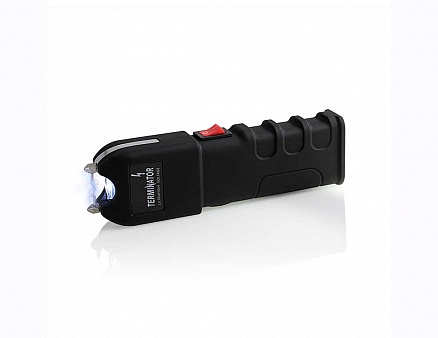 The sound alone of this stun gun will send your attacker running to the opposite direction. It also sends powerful shocks that will teach any attacker a lesson if he or she was not scared off by the sound. Aside from sending shocks to your attacker deliberately, it will also send shocks to anyone who tries to get it from you without your permission.

It has the perfect grip size so you can hold it firmly and defend yourself better. Its bright flashlight will also blind your attacker momentarily so you can take advantage of his or her disorientation.

It is even backed up by a lifetime replacement warranty so you can rest assured that this is a high quality stun gun packed with powerful features. 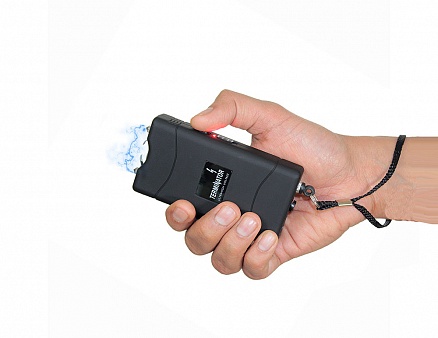 The Terminator Stun Gun is one of the most powerful stun guns available in the market today. Once it touches your attacker, his or her mind will not be able to focus on the attack. Your attacker will end up disoriented and incapacitated.

Aside from the shock, you also get added defense with its blinding flashlight that will buy you even more time to counterattack or to flee.

It also comes with a belt strap so you can carry it around with you wherever you go with utmost comfort and convenience.

You only need to recharge its batteries once in five months and it is also covered by a lifetime replacement warranty. 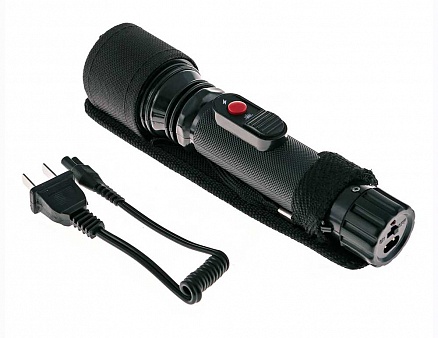 Your comfort, convenience, and safety are guaranteed with the Terminator SGT105B. It comes with a heavy duty belt strap so you are always protected as you bring it with you wherever you go. It is also hassle-free as you only need to recharge its batteries once every five months.

Its LED flashlight will give you extra protection against your attacker and you can also use it in times of emergencies. Many users attest to its shock strength and reliability. 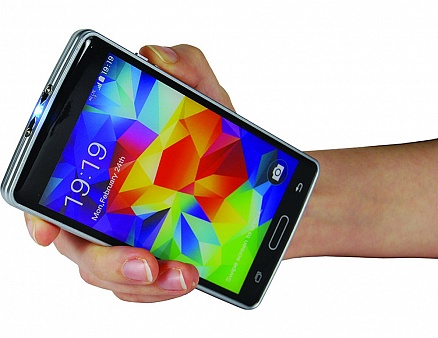 Get extra protection because of the element of surprise as your attacker thinks that you are only holding a cellphone. You are also protected from accidental zaps as it features a safety switch.

It is feature-packed yet it is compact so it is convenient to bring it with you wherever you go. Another one of its features is the LED flashlight that you can use in different emergency situations including attacks.

It is also backed up by lifetime warranty that will replace your stun gun, without any hassles, no questions asked.

Check the legalities before deciding on firearms, stun guns, and tasers. Among the three, it is best to go for stun guns.

I strongly recommend stun guns, specifically the Terminator Stun Gun because it is compact and it confuses your attacker.

Consider all your needs and preferences and you can easily find the perfect stun gun for you.